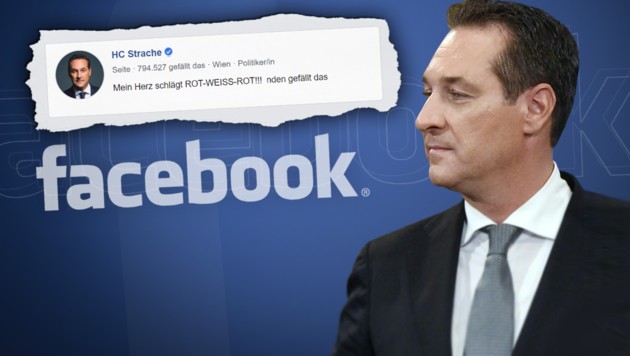 New chapter in the dispute over the official Facebook page of former Vice Chancellor and FPÖ party leader Heinz-Christian Strache: In a post he threatens now with a lawsuit against the freedom. Because: The site is his “personal property”.

In a replica to a comment Strache writes on his private Facebook page: “- and if they write the untruth 100x, Philippa was the Social Media Expert of the FPÖ, which our modern communication (Facebook, Twitter, Instagram) ranked # 1 in the political landscape. Just as I’m jealous of my fan page today, which is my personal property and I want to sue now! “

“Should an out-of-court claim be unsuccessful, we will enforce any claims of our client with judicial assistance,” said Straches lawyer on Tuesday in a written statement. “Hard to dispute our client regarding the Facebook presence in any case, the naming rights, the right to their own image and the right to own word in terms of content,” it continues. On this basis, as well as on the basis of further legal considerations, the “claim for a transfer of the sole rights of use” for the Facebook page will now be examined.

Lost administrator rights
It is finally about much: News 787,786 followers (as of Tuesday noon) is one of the official Facebook page “HC Strache”, over which the eponymous party leader after the Ibiza scandal in late August lost their sovereignty . After losing the administrative rights Strache was from then on no longer possible to post without release of the party headquarters itself. In the meantime, the page is only listed on Facebook as a “brand” . Strache is currently only “editor” of the appearance, imprint is the FPÖ.

Important communication channel
It remains to be seen whether it actually comes to the complaint against the FPÖ. However, should Strache be serious and found, as rumored, his own party , the official Facebook page along with their fans would be the optimal communication channel to bring his messages to the people.