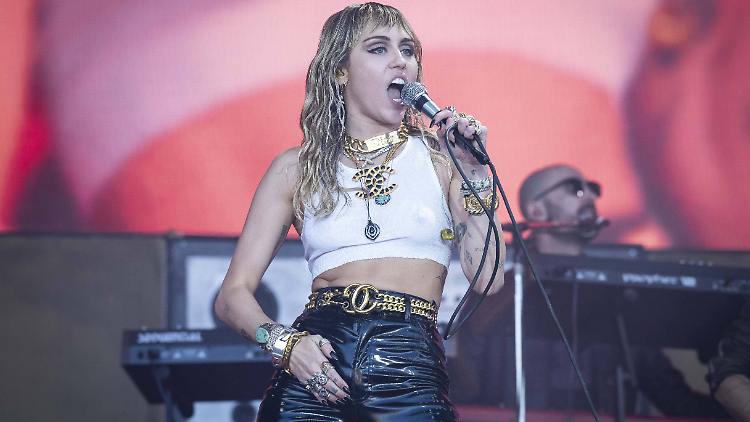 It’s far from her first and probably not her last: Miley Cyrus can look forward to a new tattoo. But she did not leave her alone, but with her new friend Cody Simpson. A couple of tattoo after only two weeks relationship?

When it comes to intimate photos on social media, Miley Cyrus and her new flame, Cody Simpson, are anything but shy: the two of them have had new tattoos stitched together and posted several photos of them on Instagram.

To Cyrus’ numerous tattoos a heart on the right upper arm has been added, which is pierced by a knife. On a tape that winds around the motif is “Rock N Roll Heart” to read. Simpson’s skin between his left shoulder and chest is decorated with a skull motif from the 1973 film “Papillon”. So there is no question of a classic couple tattoo.

The tattoos are apparently from the artist Nico Bassill, who thanks in his Instagram story with Miley and Cody. The singer calls herself and Simpson in her latest Instagram selfie “Tattoo Queen” and “King”. In addition to two body-free photos of himself with his new body jewellery Simpson also shared a particularly piquant selfie of the two: In the photo, the 26-year-old makes her nickname “Geili Miley” all the best and drives her hand in Cody’s pants.

After separating from husband Liam Hemsworth in August, the singer first lingered for several weeks with blogger Kaitlynn Carter. Since early October, she is apparently in a relationship with the four-year younger Cody Simpson. Liam Hemsworth also seems to be back in the news: he was recently seen holding hands with actress Maddison Brown. By the end of October, the divorce papers of Cyrus and Hemsworth are ready.