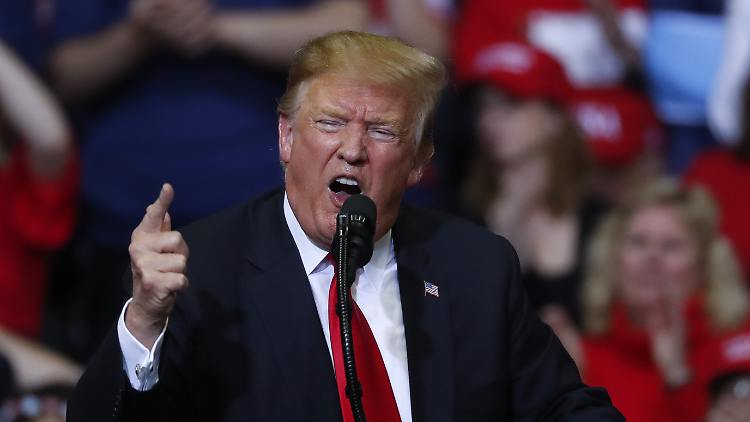 US President Donald Trump may be in need of explanation: The Democrats, members of the House of Representatives, demand insight into his tax returns. You suspect that the head of state could have something to hide.

Democrats in Congress are increasing pressure on US President Donald Trump and are officially demanding disclosure of his tax returns over the past six years. Richard Neal, chairman of the House’s tax law committee, has called on the IRS to hand over the 2013-2018 documentation. In addition to Trump’s personal tax returns, those of several of his companies are also requested. Also information and details on possible tax audits should be included.

Neal sets the agency a deadline of 10 April. Whether the tax authority, which is under the US Treasury Department, will meet the demand for access to the file is open. Democrat Dan Kildee, who sits on the Finance and Tax Committee, told CNN television that the tax authority has a legal obligation to provide the requested documents. He expected the authorities to abide by the law and issue the tax returns.

Trump does not feel the duty

Trump is the first US president since Richard Nixon, who keeps his tax declaration secret. As a reason Trump said his tax returns are very complicated and people would not understand them. His opponents, however, suspect that the former tycoon may have something to hide.

Trump also said there had been long-running tax audits on his finances. As long as these are in progress, he is not inclined to disclose his tax returns.

The raid joins the Democrats’ general efforts to channel their new strength into the House of Representatives and to further investigate Trump’s activities. The Democratic-dominated Chamber of Deputies Judiciary Committee voted in favor of the complete submission of the report by Russia’s special investigator Robert Mueller. For almost two years, Mueller had been investigating whether there were any collusion between Moscow and Trump’s electoral camps in the allegedly Russian attempts to influence the 2016 presidential election.